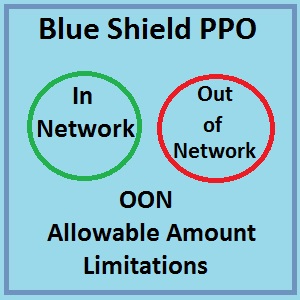 For most Covered California consumers there will be only one PPO health plan to select. Blue Shield is the only health insurance company participating in Covered California that will offer a PPO health plan in the major metropolitan regions of California. While the PPO plan design signals to consumers that they have some freedom to use out-of-network providers, the Blue Shield benefits may be very restrictive.

Many people like the security of out-of-network coverage that a PPO offers. With a PPO, if an acute and life threatening disease should strike, plan members can seek treatment anywhere in the United States and potentially have the vast majority of the expenses covered. While there is still some coverage for out-of-network providers, consumers need to read the fine print of the Blue Shield PPO plans to understand their exposure to those costs. Gone are the days of a plan member hitting their out-of-network maximum out-of-pocket amount and the health plan picking up the tab for the rest of their health care costs.

If the member has not met the out-of-network (OON) deductible, the member must pay the full $1,000, but only $800 (Allowable Amount) accrues toward meeting the OON deductible and maximum out-of-pocket.

If the member has met the out-of-network maximum OON amount, the health plan covers the $800 (Allowable Amount) and the member has to pay the $200 balance.

Blue Shield has simplified their OON Allowable Amounts for some services by specifying an upper limit regardless of the type of service.

Even if the cost of the invoiced surgery is $1,000 from an outpatient surgery center, the member will only receive $300 as accruing toward their Non-Participating Provider deductible and maximum out-of-pocket amount. If the member has met their Non-Participating Provider calendar year maximum out-of-pocket, Blue Shield will only pay $300 toward the surgery center ($500 if it is affiliated with a hospital), or $2,000 toward an inpatient hospital stay.

By including an upper limit Allowable Amount for many Non-Participating Provider charges, Blue Shield has limited their exposure to OON costs. They have shifted more of the costs to the members. Blue Shield doesn’t mention if the Allowable Amounts are based on any usual or customary rates (UCRs) or if the dollar amounts were pulled out of a hat. Because Blue Shield has shielded itself from exorbitant OON costs by implementing hard caps on Allowable Amounts, they can keep their rates lower.

In other words, Blue Shield is limiting potential claims reimbursement for OON providers closer to, or possibly lower, than what they would pay to their Participating Providers. This means they don’t have to factor into their individual and family plan rates the possibility of paying $100,000 for some member’s cancer treatment at some world renowned cancer treatment center that is not a Participating Provider. The specific upper limit Allowable Amounts protect Blue Shielded from paying a significant portion of some OON invoices.

With the potential for a bulk of OON expenses to fall upon the member because of the Blue Shield’s upper limit Allowable Amounts, consumers have to wonder if paying for the PPO plan is really worth it. While Blue Shield’s plan can be quite a bit more expensive than competing EPO in some regions, their PPO plans can have lower rates than some HMOs and EPOs in other counties of California. Either way, consumers should carefully consider the value of the Blue Shield PPO benefits versus the premiums for it and competing health plans in their region.