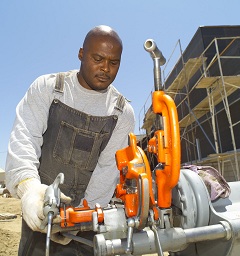 Healthy employees are more productive and help the economy grow.

Since the passage of the PPACA, healthcare reform, there have been varying reports on how much it will cost and add to the national debt. While not to minimize the expense and possible increases to our deficit, there has been little attention paid to how healthcare reform will increase worker productivity, wages, spending and tax revenue.

A healthy America is a productive America. When people are healthy they are more efficient and more productive. This translates into higher wages that are spent on goods and services in the economy. A healthy workforce reduces the costs to employers and increases their efficiency and productivity.

A 2005 study by the Commonwealth Fund showed that, “[L]abor time lost due to health reasons represents lost economic output totaling $260 billion per year.”1 Part of the reduced output stemmed from employees who were concerned about a family member who was ill. This is also known as presenteeism; an employee who comes to work but is not fully engaged because of their own illness or concern for a loved one. This concern is exacerbated when the cost of medical care is prominent without health insurance.

The extension of health insurance to all Americans under the ACA will not entirely erase all the estimated lost economic output. However, there are gains to the economy when someone with a potentially debilitating injury or chronic illness can improve, get healthy, and ultimately enhance their earning potential in the future.

Millions of construction jobs have been created in America because this deduction makes owning a home more affordable. All that job creation leads to increased spending on other goods and services that are taxed. The Federal government gives up tax revenue because of the deduction, while at the same time; it helps generate revenue for private businesses and additional tax revenue for local municipalities and states. The expense of healthcare reform is no less of a business booster than the mortgage interest deduction.

A function of government is to create a productive business climate

There is an old adage that says, “You have to spend money to make money.” I am fairly certain that most, if not all, the Federal government expense to extend health insurance to all Americans will be returned to the U.S. economy with increased productivity, efficiency, reduced medical debt, bankruptcies and healthier communities.

I can’t think of home builder, real estate agent or home buyer that would want to see the mortgage interest deduction terminated regardless of how much it cost the Federal government in lower tax revenue and increased deficits. Eventually we will come to regard the ACA in the same terms. Americans will see increased wages because they are able to stay healthy and businesses will see increased profits because of a more productive workforce.