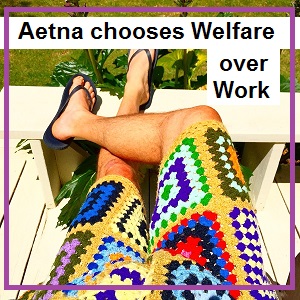 It was reported that Aetna would not expand their individual and family plans under Obamacare into five new states because they expected to lose $300 million (pre-tax) on its ACA business.

Aetna (AET) said Tuesday it is canceling plans to expand into five more states next year and will reassess its involvement in the 15 states where it currently offers coverage on the individual exchanges. Aetna — which expects to lose $300 million (pre-tax) on its Obamacare business this year — must conclude its review by the end of September and notify states where it intends to withdraw.

“…in light of updated 2016 projections for our individual products and the significant structural challenges facing the public exchanges, we intend to withdraw all of our 2017 public exchange expansion plans, and are undertaking a complete evaluation of future participation in our current 15-state footprint,” said CEO Mark Bertolini in a second-quarter earnings statement. – CNN Money August 2, 2016

Prior to Aetna pulling the plug on their expansion plans, CaliforniaHealthline reported in July that Aetna and UnitedHealthcare had submitted plans to become a Medi-Cal health plan contractors in San Diego and Sacramento counties.

Two of the nation’s largest insurers are reaching out to doctors as they prepare to offer health coverage to low-income residents in California’s Medicaid program.

Their participation shows that “Medi-Cal is a good business to be in,” said Stan Rosenstein, a consultant with Health Management Associates and a former Medi-Cal administrator. “Insurers are recognizing that with Medi-Cal covering a third of Californians, [they] really can’t ignore it.” – CaliforniaHealthLine July 26, 2016

Also in that same week Kaiser Health News reported that Anthem had better-than-expected profit from enrollments into their Medicaid plans. (Medi-Cal is California’s version of Medicaid for households whose income is less than 138% of the federal poverty level under the Affordable Care Act.)

U.S. health insurer Anthem Inc (ANTM.N) reported a better-than-expected profit as enrollments rose in its Medicaid plans, which cater to low-income Americans. The company, whose proposed acquisition of rival Cigna Corp (CI.N) is being challenged by U.S. antitrust authorities, said overall memberships increased 3.2 percent in the second quarter. Anthem’s memberships have been rising in the past couple of years as more Americans sign up for its Medicaid plans expanded under President Barack Obama’s Affordable Care Act. (Penumudi, 7/27) –Kaiser Health News July 27, 2016.

So why is it that health plans are making a profit from Medicaid/Medi-Cal but losing money on Obamacare subsidized health plans? In the Reuters news story about Anthem losses in the ACA health exchange market place, analyst Ana Gupte discussed the risk pool of individuals who make up the Obamacare individual and family market.

On the exchanges, if the risk pool doesn’t deteriorate further next year, it’s possible they get to break even. If they at least reach break even, that’s a big improvement,” said Leerink Partners analyst Ana Gupte.

In short, many of the Medi-Cal pool of members have healthier individuals than the health plans purchased through Covered California with the Obamacare subsidies. The general perception is that Medi-Cal is made up of poor sick people who can’t get a job. However, the expanded Obamacare Medi-Cal is based solely on a household’s Modified Adjusted Gross Income (MAGI).

Lots of healthy people in Medi-Cal

Thousands of healthy children and young adults qualify for MAGI Medi-Cal when they applied for health insurance through Covered California. California has literally thousands of community college and California State University students enrolled in Medi-Cal. College students are primarily very healthy and never go to the doctor. Many can use the on-campus health center for small health care issues meaning they never have to use their Medi-Cal managed health plans.

I will speculate that there are counties in California whose Medi-Cal managed health plans have a healthier risk pool than the private plans through Covered California. We were told that Obamacare will only work if young healthy adults enroll in the plans. Unfortunately, thousands of young healthy adults are prevented from enrolling because they are deemed Medi-Cal eligible. Consequently, the healthy people the health plans need to break even are tracked into Medi-Cal and not into the Aetna, Anthem, Blue Shield and UnitedHealthcare private plans.

There are also thousands of families whose income is below 266% of the federal poverty level. Family’s with a MAGI below 266% have their children automatically enrolled in Medi-Cal. But the parents can still go outside of the exchange and purchase private health insurance for their children with no subsidies. This means these children have dual coverage and many parents never notify Medi-Cal of the separate coverage. Some parents just take their children to their own doctor and pay the full out-of-pocket costs rather than use the Medi-Cal health plan.

What health plan wouldn’t want to receive $500 per month for a child or young adult who will never use the plan? A Platinum plan through Covered California can cost as much as $445 per month for a 20 year old. Medi-Cal is better than a Platinum plan because the member has virtually no cost sharing like deductibles, copayments, or coinsurance.

Health plans make money when more of the membership risk pool is healthy. They collect more premiums from people who do not use the health plan than they must pay in claims for members who do use the health plan. It’s simple math. Right now, Medi-Cal seems to have a healthier risk pool of members than the Covered California health plans is some regions. Hence, health insurance companies want a piece of the government pie that pays for individuals who don’t use health care services.

I’ve talked with many young adults and parents of children eligible for Medi-Cal who are willing to pay a share of cost for health care services if they had access to more doctors. These people are grateful for Medi-Cal, but bristle under the exceedingly narrow network of HMO providers and government bureaucracy. Under current ACA rules, Medi-Cal eligibility, or lack of eligibility for Covered California health plans with the subsidy, automatically excludes many healthy people from participating in private health insurance.

Unfortunately, just because a low income qualifies an individual for Medi-Cal that doesn’t mean those people don’t have the resources to pay for health care services. This may come as a shock to the authors of the ACA and administrators at Medi-Cal, but many people do have income and savings not accounted for under the ACA Modified Adjusted Gross Income Rules. One example is a small business owner who necessarily must report legitimate losses on his or her taxes. These losses can drop the Adjusted Gross Income down to zero making them Medi-Cal eligible.

As long as the ACA and expanded Medi-Cal continues to shift a large portion of healthy individuals into Medi-Cal and away from the private plans, the health insurance companies will continue to limit their exposure to Obamacare subsidized plans and move toward becoming Medi-Cal providers where the prospect of making a profit is better.